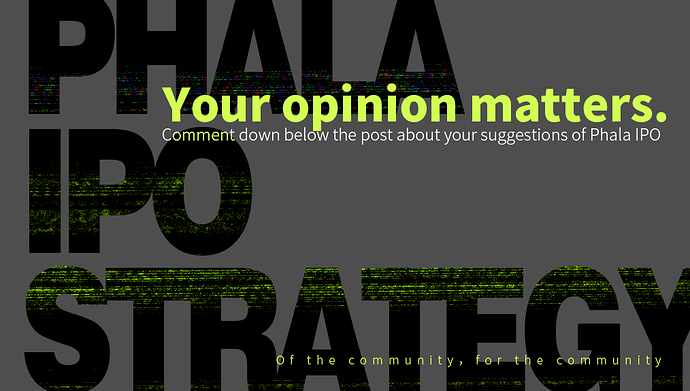 To be a parachain of Kusama/Polkadot, Phala is planning to win a position in the first batch of parachain slots. Given all the information that is published by Polkadot official, Phala drafted an IPO PHA airdrop program. But some of the confusion that are too hard to decide only based on our understandings. Hereby we create the post, and hope you can leave your precious comments below to help Phala community to get it through. :)

The parachain slots of Polkadot will be sold according to an unpermissioned Candle auction that has been slightly modified to be secure on a blockchain.-- Polkadot Wiki

Here are the core uncertain parts (detailed items will be exlained below), and we sincerely hope you can leave your comments below and share your suggestions:

How the slot rent works

Each parachain slot has a maximum duration of 2 years. Each 6 month interval in the slot is divided into its own lease period. More than one continuous period is a range.

What kind of auction Polkadot applies

How candle auction is realized

A random number, which is based on the VRF used by Polkadot, is determined at each block. Additionally, each auction will have a threshold that starts at 0 and increases to 1. The random number produced by the VRF is examined next to the threshold to determine if that block is the end of the auction. Additionally, the VRF will pick a block from the last epoch to take the state of bids from (to mitigate some types of attacks from malicious validators).

The winner selection algorithm will pick bids that may be non-overlapping in order to maximize the amount of DOT held over the entire 2-year lease duration of the parachain slot. This means that the highest bidder for any given slot lease period might not always win (see the example below). – Polkadot Wiki 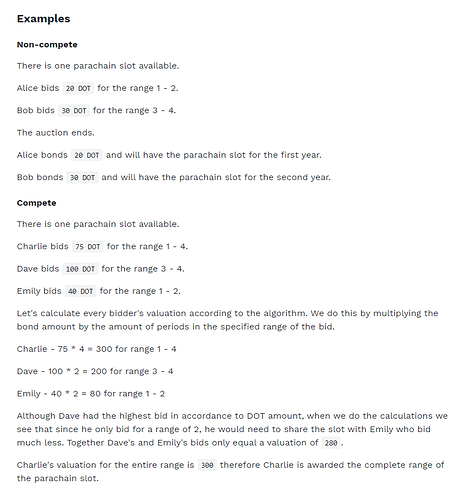 …Bidders will submit a configuration of bids specifying the DOT amount they are willing to bond and for which ranges. The slot ranges may be any continuous range of the periods 1 - 4.

…The important concept to understand from this example is that bidders may submit different configurations at different prices (bond_amounts). However, only one of these bids would be eligible to win exclusive of the others. – Polkadot Wiki

And Phala community will update a tutorial of how to bid parachain slots THE MOMENT we get to know. Stay tuned. :)

How many slots there are

Number of slots available in the first round of auction: uncertain. But it will probably be a number under 10.

In this section, we list six parts of Phala IPO strategies which are not settled yet. It’s hard decisions, thus we post them out for public comments. Feel free to leave your comments and reasons below this post. :) 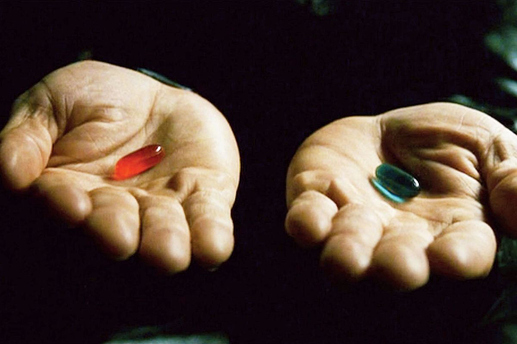 I. The maximum of participated DOTs

Option 1: Set a release mechanics (which means you will have to wait for some time after IPO to claim your PHA)

Option 2: No such design

As IPO airdrop rewards will be distributed right after the parachain auction ends, here comes a question that the PHA market might be dramatically influenced by the sudden release of such a huge amount of PHA. And here are two approaches:

Option 1: set the price of settling before the auction

Option 2: set the price after the auction ends

Option 1: No racing. Averagely distribute PHA according to the ratio of “your DOT/the total amount of DOT locked for Phala”.

Option 2: Set a race with an algorithm that the earlier you lock DOT for Phala, the more PHA you will receive.

V. What if Phala did not win the slot

Option 1: Distribute PHA rewards only after Phala won the slot

Option 2: Participants can still receive ?% of the total prize pool even if Phala didn’t win the prize pool.


That’s for all the intractable parts. If you have any idea or any plan or any suggestion, please leave your post below, and your words today might be a glorious stroke in Phala’s future. :)

I like this set, think its optimal:
I. The maximum of participated DOTs
Option 1: Set
each participant will share a certain amount of the prize pool for sure;
II、Release Mechanics
Option 1: Set a release mechanics (which means you will have to wait for some time after IPO to claim your PHA)
III. Pre-settle or after-settle
Option 1: set the price of settling before the auction
IV. Distribution Mechanics
Option 2: Set a race with an algorithm that the earlier you lock DOT for Phala, the more PHA you will receive.
V. What if Phala did not win the slot
Option 2: Participants can still receive ?% of the total prize pool even if Phala didn’t win the prize pool.
VI. Configuration of DOT-raising
Option 2: mainly from decentralized suppoters (say, community holders)
PS nice review of IPO by the way

Good job on putting this together and asking for feedback. Here’s my 2 plancks!

Maximum of participated DOTs per user

What if Phala did not win

Thank you for the feedback with details!

Happy to see these plans emerge! After one year I assume hot-swappable consensus will be complete so Phala can change from Kusama consensus to Polkadot consensus, but just make sure you keep an eye on development there!