Overview Of The Bounty

Hello Phamily, I am Rhee again, a core contributor to the Phala Network community as a Community Lead. I am here to apply for a bounty from Khala Treasury to further build and encourage contributors on behalf of the Phala community.

In 2022 Q2, Phala has achieved so many on/offline milestones in short period of time and has gained a very wide range of community recognition and support. With the development of Phala globally, we believe that we have expanded our community very well in English, Chinese, Russian, Italian, French, Spanish and Korean speaking countries. We currently have lots of active and responsible community admins in those countries. They also have spent a lot of time and energy in the process of maintaining the community. I believe they are more than eligible for token rewards by being as the representatives for the regional communities.

1. Incentives were distributed only for Senior Ambassadors

According to our previous model of Ambassador System, which was in beta-mode: Only Seniors were eligible for claiming $PHA from the bounty for each quarter, which ended up losing activeness from normal ambassadors. And few Senior Ambassador had to solo-play, since all inactive normal ambassadors dropped out of the ambassador group, since 1) they aren’t motivated at all 2) less motivated to learn because there’s no guarantee they can become a Senior Ambassador, while there’s already a regional representative standing above him/her. Also, only half of the Senior Ambassadors were very active comparing to others. So I decided to change it, less rewards to Seniors(than usual), and higher the motivation to normal ambassadors, in order to give everyone the equal motivations, while value higher the Seniors experiences and knowledges.

Some people might know that, we used to have a group of community moderators in our different official channels. We used to give them reward from the treasury proposed, but the turnouts of the users in different channels were pretty random and moderators were in idle-state most of the time, and all the details of development and future plans were not able to be communicated with moderators effectively, since everyone has different time-zones. Therefore, we decided to close the moderation group, and shift this role to Ambassador Group, who are willing to communicate frequently and passionately with the core team.

During the expansion of the Phala community in Q2, it was the crazies quarter of a year so far, and there were many kinds of community activities organized to activate the community participation and improve community engagement. There were many outstanding participants during the activities, but few of the contributors had to rush to pass the treasury proposals in order to pay for the miscellaneous expenses for the on/offline events. To prevent such latency of payment from the treasury, and to properly compensate the efforts such contributors made on behalf of Phala Community, we need to include such unpredictable expenses in advance to our budget for the next quarter.

Proposal Objective is the solution to above Problems：

The purpose of this bounty is to grow the Phala community, expand the influence of Phala on a global scale, and further develop the Phala ambassador organization. And we just started a new Ambassador system by creating a dedicated repository on our Official Phala Github Page. This system will not be a Beta-phase, which means it won’t flexibly get changed by the fundamental system, but here are the budget and tasks for current ambassadors as stated in the below sections.

You may check how we used our budget from Previous Proposal or check from subscan: 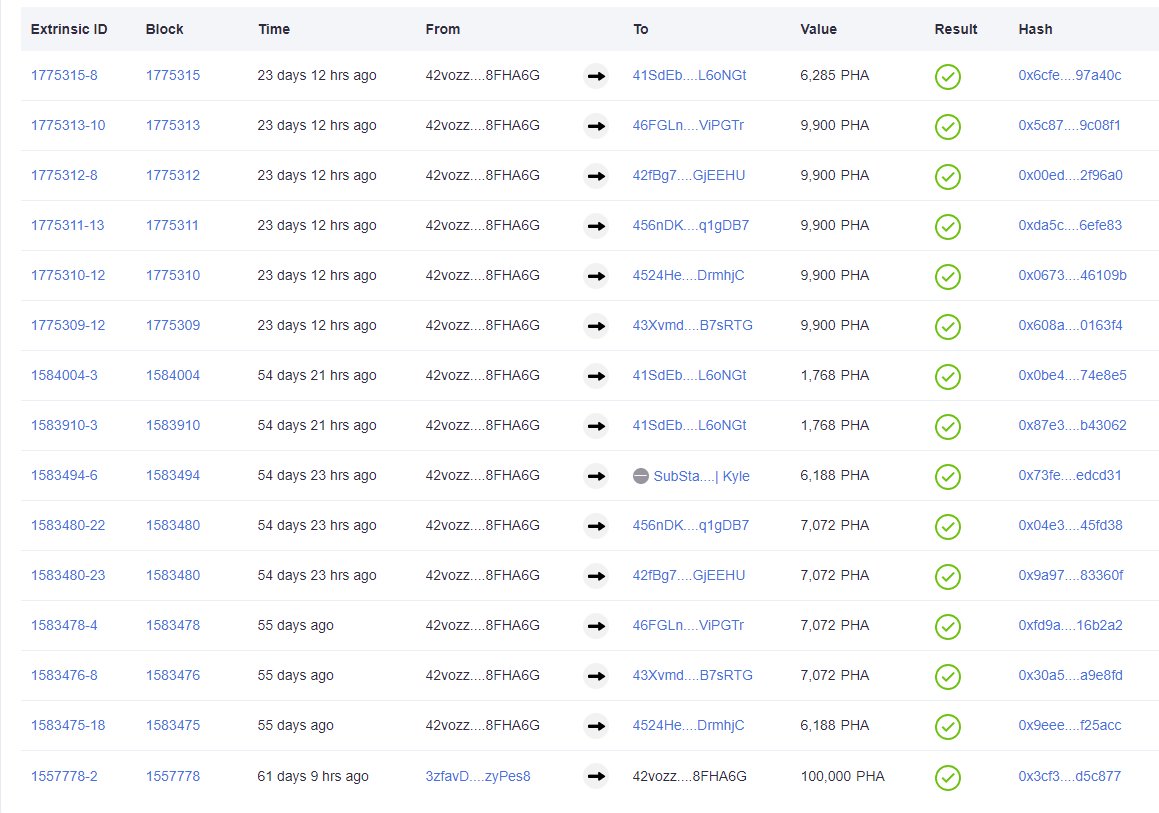 In Q2, #endgame for solo-miners will come to the end, Phala World will be launched, SubBridge will have more cross-asset bridges to be opened, new mining scripts along with Phala Mainnet will be released, more applicants will join our Fat Contract ecosystem to create more use-cases, and etc,.

In other words, we will need a plenty of educational contents need to be prepared, so huge bounties are awaiting to be given out for anyone who can contribute with these well-made contents creations. We already have two community members who contributed with developing handy monitoring tools in April, and here are the demos: 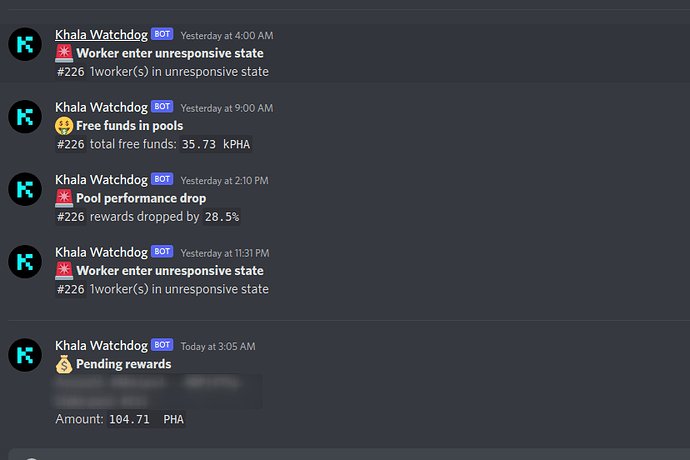 And here are some great example of Educational Contents: 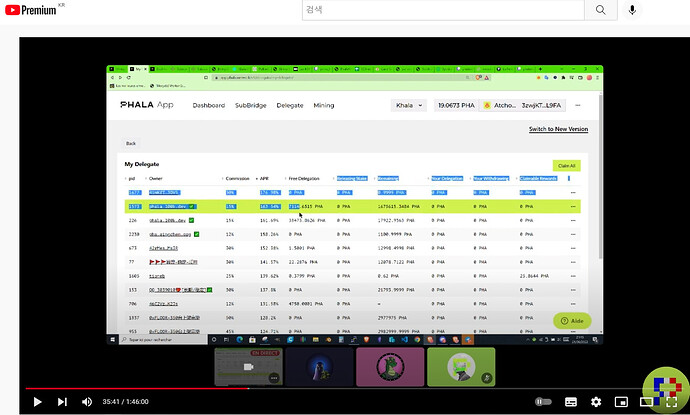 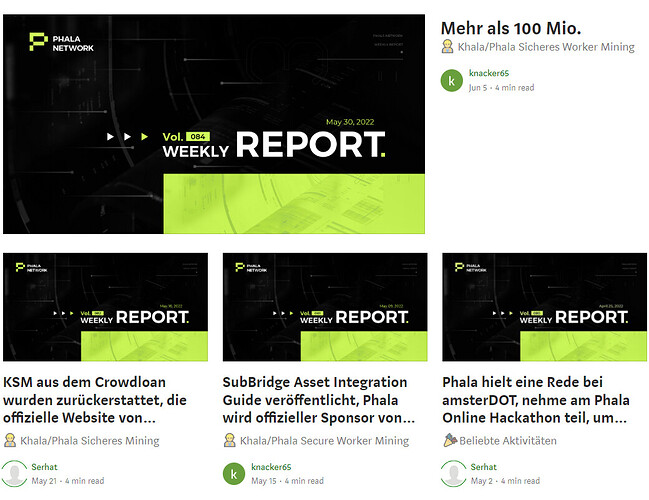 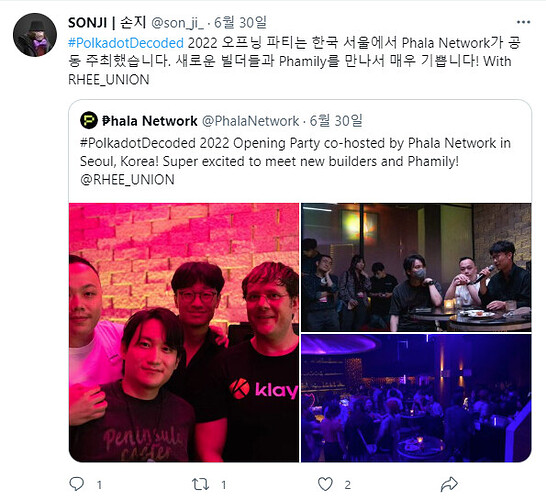 (Although it has been decreased more than 10k members comparing to Q1, but we are instantly banning all throw-away accounts or spammers throughout our communities to make our community organic than before. Quality over Quantity.)

Well This should be pushed even more seriously.
Just a look at the some channels and we can see that between 50% to 80% can be bots or deleted accounts.

I often see too many bots not being seriously banned, i even see admins starting to chat with bots (not serious at all seen from outside).
You shoud push admins to add bots in their channel as counter-measures please.

I absolutely agree with your belief that quality should prevail over quantity. Unfortunately, there is practically no communication in the main telegram channel. Lots of subscriptions, but real users are few. In my opinion, the main reason is that low amount of people are familiar with the project and its products.
Attracting attention and spread information can be done in different ways.
For example, through various actions that will be actively supervised and accompanied by ambassadors.
It is important to consider that in the crypto sphere there are very different groups of people.
With different understandings of this sphere or without any knowledge at all.
With different financial possibilities. With different views on life.
Ideally, promotion should focus on different target groups. I don’t know what the state and readiness of Phala World is, but everyone loves the game and this also needs to be used as much as possible.
So,the more people with passion the better.

p.s:
Just few minutes ago sent a request for an Ambassador.