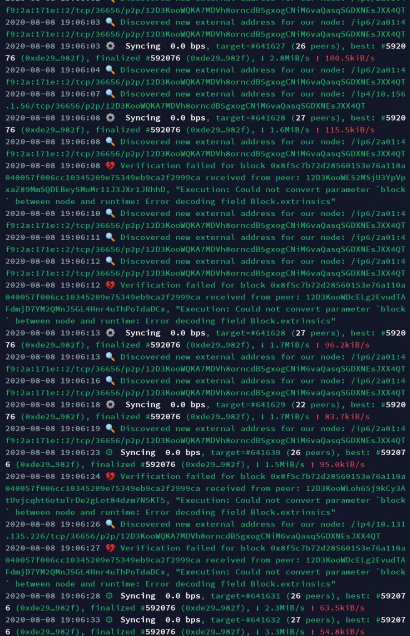 Did you compiled your own node?

It may be caused by compiling from a bad commit. Usually the latest commit at poc2-2.0 branch should work. However sometimes when we are working on a sequence of changes, the committed code may not bump the node version correctly. In such case, the wasm runtime is inconsistent with the compiled native code, and thus complains “Could not convert parameter block between node and runtime”.

You can either compile the latest code from poc2-2.0 branch, or download the precompiled binaries directly. There’s a quick walk-around – to run the node with --execution=Wasm which fully disables native execution, but it’s not recommended.